March 21, 2019
Call on AG Slatery to Withdraw From ACA Lawsuit that Would Hurt Millions of Tennesseans

Days before the 9th anniversary of the Affordable Care (ACA), local faith leaders and health care advocates held a press conference at Legislative Plaza calling on Attorney General Herbert Slatery to withdraw Tennessee from a lawsuit (Texas v. United States) that would overturn the ACA. In December 2018, a Texas judge ruled against the ACA, moving the demolition of the ACA one step closer to reality, hurting millions of Americans.

For a video of the press conference click here. 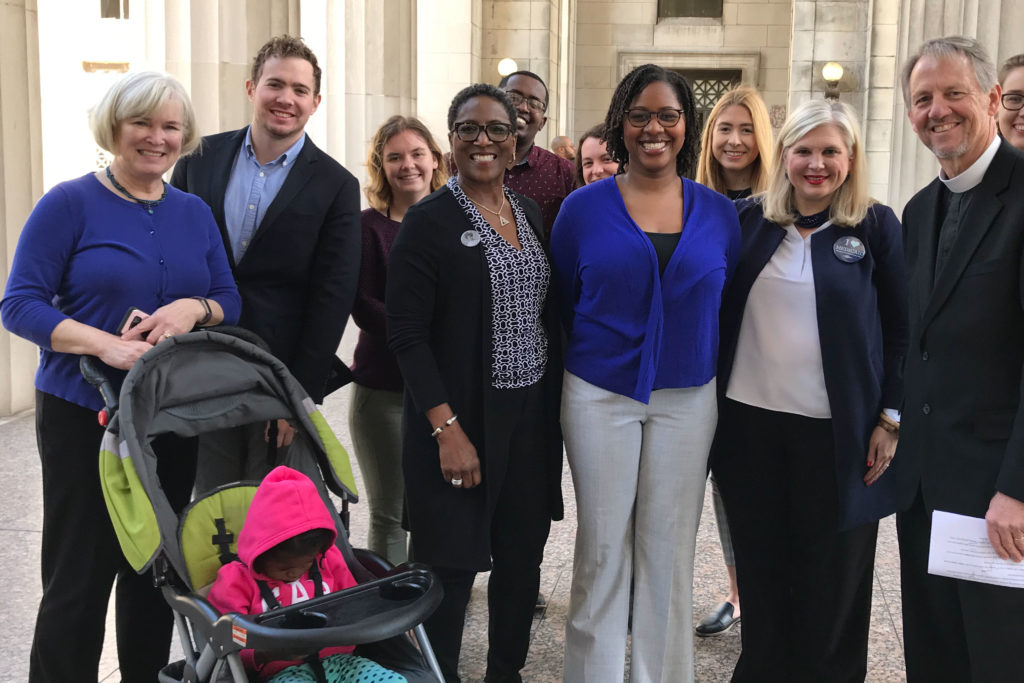 After failed attempts to repeal the health law in Congress, the ACA is still the law of the land because the American people made their voices heard at town halls, rallies, and the voting booth. Unfortunately, 20 states are trying to repeal the ACA through the court system, including AG Slatery.

Rev. Matt Steinhauer, Faith Lutheran Church (ELCA) in Lebanon, spoke about his 24-year-old son with Down Syndrome, a pre-existing condition: “As a pastor of the church, I cannot believe that our elected officials—most of whom claim to be ‘Christians’—are not only turning a blind eye to the plight of people with health issues who do not have insurance but taking active measures to take away health insurance from millions. Attorney General Slatery, I urge you to do the right thing for Tennesseans, and the least of God’s family, and withdraw from this lawsuit.”

“I am the mother of one of the bravest people I have ever known: my son who has had 24 surgeries in his lifetime. This lawsuit is not only an affront to the most vulnerable in our state, but will have catastrophic effects on health care for all Tennesseans,” said Kristen Grimm of Franklin. “ There is no mercy in this action by our Tennessee leadership. We need those who govern to live up to the Christian values that so many of them claimed during their campaigns in seeking public office. I ask that those in authority, especially Attorney General Slatery, look towards loving mercy, doing justly, and walking humbly toward the good of all.”

If the lawsuit prevails, it would end: pre-existing condition protections, allowing insurance companies to charge more or deny Americans health insurance; lifetime caps that prevent families from bankruptcy; and eliminate any chance Tennessee has to expand Medicaid. It would also not allow young adults to stay on their parents’ plan until age 26. 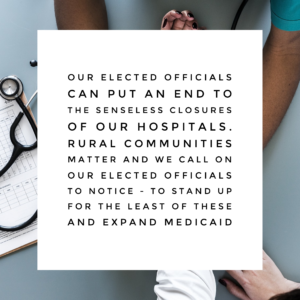 Another Rural Hospital Closes Its Doors

This time tragedy strikes Celina, a small town of 1,495 Tennesseans in Clay County. Not only will this community lose a hospital, but over 140 of our brothers and sisters will also lose their jobs. Even though most Tennesseans probably couldn’t find Celina on a map, their health care is no less important. This community, like all rural communities, matter and we call on our elected officials to notice – to stand up for the least of these. Instead of turning a blind eye to this tragedy, look within your hearts to find compassion and grace. Place politics aside and expand Medicaid so we can put an end to the senseless closures of our hospitals that serve our vulnerable rural communities. 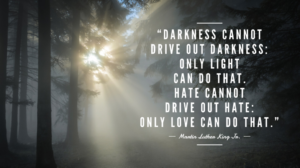 As we celebrate MLK Day, we remember to see the world with an open heart rather than through darkness and hate.

THE REAL WORK OF CHRISTMAS!

As we approach the end of the Christmas season and the day of Epiphany – let the real Work of Christmas begin! “When the song of the angels is stilled, When the star in the sky is gone, When the kings and princes are home, When the shepherds are back with their flock, The work of Christmas begins: To find the lost, To heal the broken, To feed the hungry, To release the prisoner, To rebuild the nations, To bring peace among people, To make music in the heart.” – Howard Thurman, The Work of Christmas.
]]> Read More